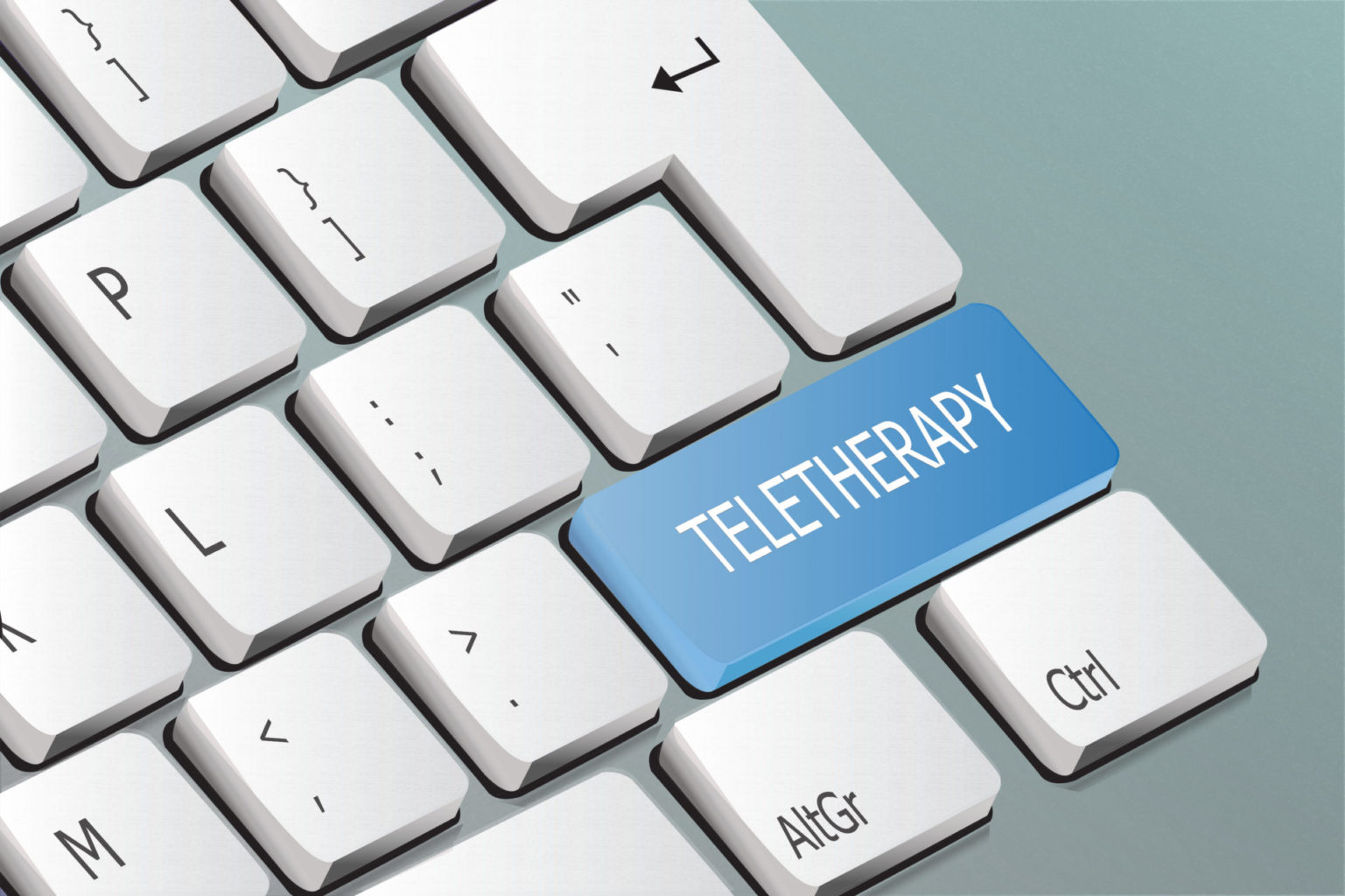 As Anxiety and Depression Soar, Greek Mental Health Professionals Come to the Rescue

“Everything fell apart,” Alexia*, a 40-year old medical practitioner living in Athens, told me in mid-May. Two years ago, Alexia went through a divorce; over the last few months she nursed her father back to health after his heart attack and triple bypass, had her heart broken again by a new boyfriend, and had her home burglarized to such a degree that nearly all of her possessions were stolen or broken. Then covid19 happened, and Greece went into lockdown.

“I was insecure to stay inside my house, I was very sad, and I didn’t have the energy to work or to eat. It was very difficult to stay inside all alone to not see my friends,” she continued. As an essential worker, she had to continue going to work everyday and couldn’t risk going to see her parents.

Unmoored and dealing with feelings exacerbated by the lockdown that would later be diagnosed as depression and anxiety, Alexia’s friend recommended she see a psychiatrist. She had one in-person session prior to the lockdown; the rest of her sessions were done online. “This was the first time I ever did therapy,” she explained.  Now two months later, she finds herself more relaxed, active, and able to process her trauma. “For me, it’s been very helpful,” she said. “If you give it time, [therapy] really works.”

Covid19 was an unprecedented situation across the world, and while the physical ailments impacted those who contracted the virus, the residual side effects – an almost 180 degree change in our society and economy – were felt by everyone. “Fear, worry, and stress are normal responses to perceived or real threats, and at times when we are faced with uncertainty or the unknown,” notes the World Health Organization (WHO). “So it is normal and understandable that people are experiencing fear in the context of the COVID-19 pandemic.” The WHO has called for substantial investment in order to avert a global mental health catastrophe. In Ethiopia, there has been a three-fold increase in depression; in the UK, 32% of young people with a previous history of mental health needs report that the pandemic made their mental health much worse.

“There was an increased anxiety about death,” Christina Giannopoulou, an Athenian psychotherapist, told me, about her patients during this time. “People would obviously talk about physical death, but what I could hear lying beneath was this fear that something inside of them was psychologically threatened, like an existential agony, which was expressed obviously through the agony of dying…The fears are expressed in a realistic manner – oh, we have this coronavirus, so we’re going to die. People are worried they are going to be left alone, that they will be isolated. There were so many issues about love, care, loneliness.”

Greeks already had to contend with the economic crisis at the start of the decade, which caused a 40% increase in suicide from 2010-2015. Rates of depression increased from 2.6% in 2008 to 4.7% in 2015. A 2017 nationwide study by National School of Public Health (EDSY) noted that more than half of all Greeks deal with mental health issues related to insecurity, stress, and disappointment. “We went through a period of ten years that we suffered from the economic crisis, and it’s only recently that people feel more optimistic about the future,” Giannopoulou said. “And then with covid19, it was catastrophe after catastrophe. I think a lot of people became much more melancholic, anxious about the future, and pessimistic. I think the feeling of hopelessness and helplessness increased.”

Aware of the looming mental health crisis, psychologists and psychiatrists across Greece quickly mobilized to help people work through feelings of anxiety, depression, panic, and stress magnified by the pandemic. Alexia is one of 12,000 new patients who have taken advantage of the online psychological service Melapus since the lockdown began. Though Melapus has been around since 2017 connecting patients with therapists, psychologists, and psychiatrists for both in-person and online sessions, they partnered with the Hellenic Psychiatric Services to offer free therapy sessions during quarantine.

Melapus founder Nikolaos Gkouas was long aware of the need to introduce teletherapy into psychological services in Greece. “Before [covid19] I was already doing a lot of sessions via Skype. I observed people who wanted to go to the doctor but wouldn’t because of the stigma,” he explained. Not only does the platform remove some of the physical barriers that might cause people to hesitate before beginning therapy, it also offers an easy and safe way to process payment. “All my colleagues were doing something similar via Skype or Viber but they had problems with payment and secure communication,” he continued. Melapus ensures both.

“I thought it was a very good idea for people to have access at any time of the day, any time at night, on a line. There are so many people who will hesitate to visit a therapist,” said Giannopoulou, who has her own practice but is also available through Melapus. “I thought that therapy couldn’t start, at least in the beginning, this way [online]. But from my own experience with my patients, with some people it can work.”

Long dominated by more conservative and traditional ideas around mental health, the social stigma around mental health in Greece has been changing in the last few years. “I think it’s recent that people consider mental health something that you actually need to receive a special treatment for on a mental health level,” noted Giannopoulou. The economic crisis helped to alleviate some of the taboo around mental health. According to the BBC, 63.1% of Greeks agreed with the statement that depression is a sign of personal weakness in 2009; just 36% agreed in 2014. A collective social catastrophe that impacts many different groups across gender, race, class, and religion is, ironically, somewhat helpful in democratizing mental health.

“One in three people will present some mental health issue during their life, and it’s important to know that no one is alone and no one is crazy to ask for help from a mental health professional,” said Maria Konti, a marketing specialist with Melapus. “Now coronavirus made the access more approachable. It was okay to ask for help. I think it opened the door in mental health in general. A lot of people made the first step to open their heart to a professional and see if this is working.” That Melapus was free to use during the quarantine also removed the financial burden that many Greeks might feel when it comes to seeking psychological treatment.

In some ways, covid19 acted as an equalizer. Everyone had to go into lockdown and socially distance. “One of the things that caused so much anxiety was that due to the lockdown, there weren’t any physical bonds between people,” explained Giannopoulou. “I received so many calls from people that had panic attacks, that they basically drowned in their depression. I think that had to do a lot with the fact they couldn’t see each other.” For those who lived alone, feelings of loneliness were more intense. “It’s torture,” said Alexia. “You don’t have anyone to talk to. You wake up, you eat alone, you drink alone, you sleep alone. Thank God I have three cats.” Relationships were strained as people suddenly found themselves spending 24 hours with their spouse, children, or parents. Used to a fast-paced lifestyle, we were all suddenly confronted with ourselves: our egos, our mistakes in the past, our fears for the future. For some people, like Alexia, it was an opportunity to accept the problem at hand and confront it head on.

While barriers to mental health access still exist in Greece, partially due to budget cuts in the medical sector, the conversation is moving forward. “We still have a long way until we discuss mental health the way we talk about a stomach ache,” says Giannis Zaoudis, a founding member of Melapus. “But I do think this whole coronavirus crisis has brought mental health into the spotlight.” In an uncertain world, this is a small silver lining worth holding onto.